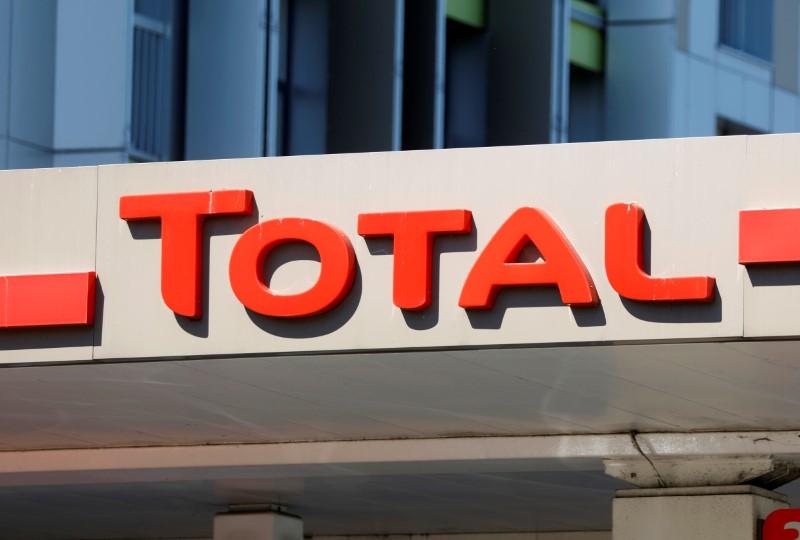 The logo of French energy group Total is seen on a gas station in Montreuil, France, May 18, 2020. REUTERS/Charles Platiau

Oil companies like Total have been ramping up investment in renewable projects in a bid to reduce their reliance on fossil fuel products and increase their exposure to low-carbon investments.

The Seagreen 1 project is located 27 kilometres from the coastline in Scottish waters of UK North Sea.

Once complete in 2022-23 the wind farm is expected to have capacity of 1,075 megawatts of electricity, enough to power around 1 million homes.

The project secured a 15-year guaranteed minimum price of almost 42 pounds per megawatt hour for around 40% of the electricity it will produce at last year’s British renewable subsidy auction.

Total said in a statement it will pay an upfront payment at closing of 70 million pounds ($88 million) and earn-outs up to 60 million pounds in aggregate, subject to performance conditions.

In a separate statement, British utility SSE said it signed a contract with turbine manufacturer MHI Vestas Offshore Wind to provide the blades for the project, which would be manufactured at its site in the Isle of Wight.

Reporting by Benoit Van Overstraeten in Paris and Susanna Twidale in London, Editing by Elaine Hardcastle and Ed Osmond