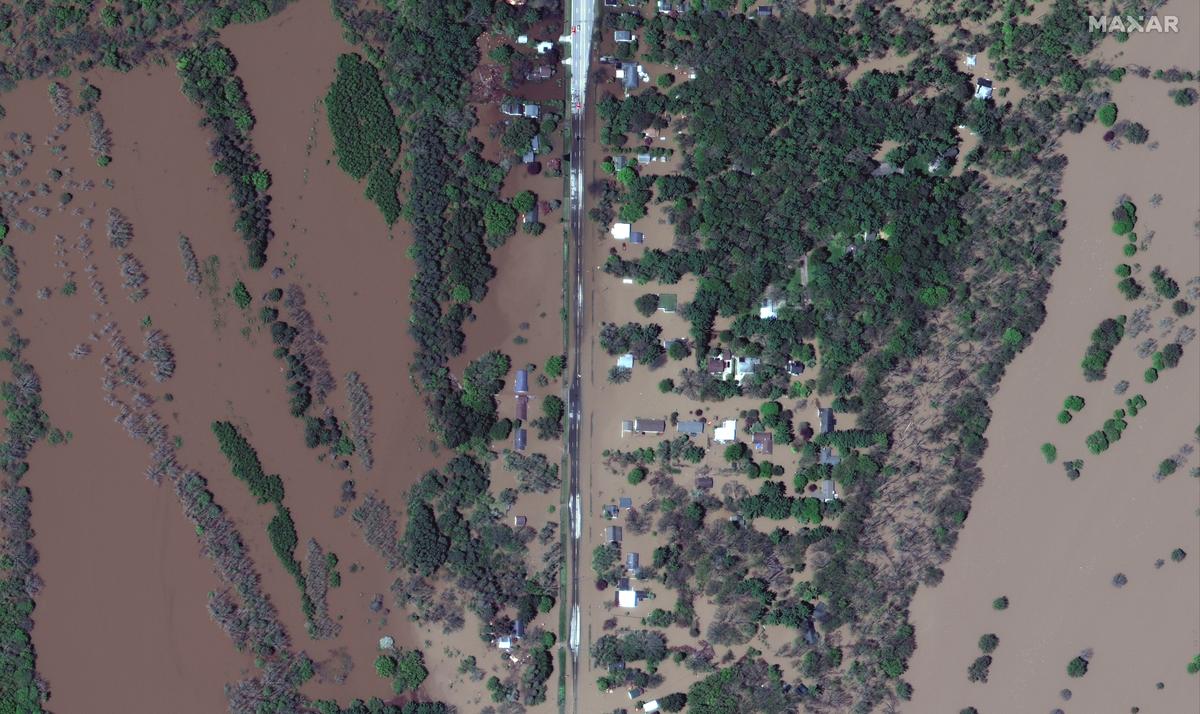 DETROIT (Reuters) – Floodwaters that breached two privately-owned dams in Michigan began to recede on Thursday after displacing thousands of people and spreading to a Dow Chemical plant and a nearby hazardous waste cleanup site.

“This is unlike everything we’ve seen before. The damage is truly devastating,” Whitmer told a news conference.

Around 11,000 people in Midland County were evacuated as floodwaters lapped around heavy buildings and submerged parts of roads and bridges. No deaths have been reported.

Forecasters said rain was unlikely for the next seven days.

Mark Bone, 53, a business owner and county commissioner in Midland, said: “Everyone is really pulling together, helping each other. We’re in the Midwest, we take care of each other,” he told Reuters in a phone interview.

Although the flooding didn’t hit the worst predicted levels, it was still too dangerous for people to return home even if just to check their properties for damage, as the waters have yet to substantially recede, Bone said.

The Federal Energy Regulatory Commission (FERC) directed Boyce Hydro LLC, which owns the dams, to establish an independent investigative team to probe the root cause of the breaches. FERC is sending teams to both dams to assist in an investigation. The agency in 2018 revoked the hydropower-generating license for the Edenville structure, accusing its operators of deficiencies.

Boyce said in media statements that it had been in conflict with federal and local authorities in recent years over how much water the dams should release and the levels of a nearby lake.

The company also said that since temporarily losing its license in 2018, it was unable to deploy funds to make improvements to the dams, and was not given additional resources by FERC and the local community.

Chemical giant Dow Chemical, which is headquartered in Midland and operates a 1,900-acre (770-hectare) plant, said on Thursday it was working with state and federal agencies to assess damage, including inspections at the hazardous waste site.

Reporting by Maria Caspani in New York and Rich McKay in Atlanta; additional reporting by Rajesh Kumar Singh in Chicago and Ben Klayman in Detroit, Editing by Will Dunham, Bill Tarrant and Paul Simao