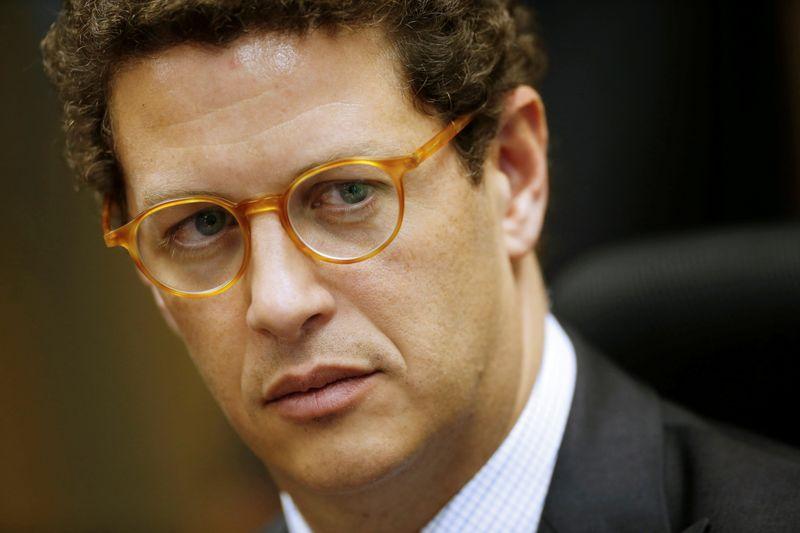 BRASILIA (Reuters) – Brazilian Environment Minister Ricardo Salles called on the government to push through further deregulation of environmental policy while people are distracted by the coronavirus pandemic, in a video the Supreme Court ordered released on Friday.

FILE PHOTO: Brazil’s Environment Minister Ricardo Salles looks on during a ceremony to sign a memorandum of understanding on cooperation in urban sustainability with the U.S. Administrator of the Environmental Protection Agency Andrew Wheeler (Not pictured) in Brasilia, Brazil January 30, 2020. REUTERS/Adriano Machado/File Photo

The video of a ministers’ meeting surfaced in an investigation of whether President Jair Bolsonaro interfered in appointing leaders of the federal police for personal gain.

During the meeting, other ministers spoke, including Salles, with environmental groups saying his remarks prove that the Bolsonaro government is systematically seeking to dismantle environmental protections.

“We need to make an effort while we are in this calm moment in terms of press coverage, because they are only talking about COVID, and push through and change all the rules and simplify norms,” Salles said in the video.

Deforestation hit an 11-year high last year and has increased 55% in the first four months of the year, compared to a year ago, with environmentalists blaming Bolsonaro’s policies.

Bolsonaro has called for development of the Amazon, saying it is necessary to lift people out of poverty and that he is being unfairly demonized by the media.

Asked to respond to the video, the Environment Ministry issued a comment from Salles: “I have always defended de-bureaucratization and simplifying norms, in all areas, with good sense and all within the law. The tangle of irrational laws hinders investments, the generation of jobs and, therefore, sustainable development in Brazil.”

In the video Salles complained about legal challenges to proposed environmental rule changes, that the government needed legal “artillery” to defend the changes and should bypass Congress.

Greenpeace Brasil spokeswoman Luiza Lima said in a statement that “Salles believes that people dying in line at hospitals is a good opportunity to move forward on his anti-environmental project.”